Partially closed for the 2016 earthquake

The Basilica of Saint Nicholas of Tolentino is one of the most important sanctuaries of central Italy.
St. Nicholas of Tolentino (1245-1305) was an Augustinian friar, miracle worker and great preacher. He lived in the convent of the Hermit Friars of St. Augustine in the city, from 1275 until his death. He reached such a high notoriety during his life, especially for his extraordinary miracle working powers, that he was venerated and canonized in a short time (1325). St. Nicholas is venerated as the patron saint of the souls in purgatory and the protector of motherhood and childhood difficulties.
The basilica was consecrated in 1465. The interior is a rectangular nave with a polygonal apse.

The coffered wooden ceiling and eight chapels date back to the 17th century. It preserves important works of art (S. Anna by Guercino, S. Tommaso da Villanova by G. Ghezzi). The great 17th century chapel of the Holy Sacrament, topped by a cupola, is on the left of the altar. The arms of St. Nicholas are preserved in the Chapel of the Holy Arms (Sante Braccia). An attempt at theft was made after the saint’s death, but failed because the amputated arms began to gush blood. The miraculous event is represented in the painting by G. Foschi near the high altar. Two large paintings are preserved in the chapel, ex-voto offerings, “L’incendio del Palazzo Ducale a Venezia” by Matteo Stom and “La Peste a Genova” (or in Venice, according to some) by Giovanni Carboncino.

Of particular value is the Cappellone (Chapel) whose frescoes painted by artists from Rimini (Pietro, Giuliano and Giovanni Baronzio) of the Giotto school, are the highest examples of 14th century painting in the Marche. The chapel floor plan is rectangular and has a cross vault. A Renaissance marble arch, with the statue of St. Nicholas above it, is in the centre of the Chapel. The Museum of the Basilica, that can be reached by staircase, houses numerous paintings and sculptures, precious ceramics, offerings and permanent Nativity exhibitions. The cloister is considered to be one of the most interesting in the Marche. Here the Saint’s cell is found, now converted into the oratory of the Augustinian community that still preserves two early 16 th century frescoed lunettes, representing episodes of the saint’s life. 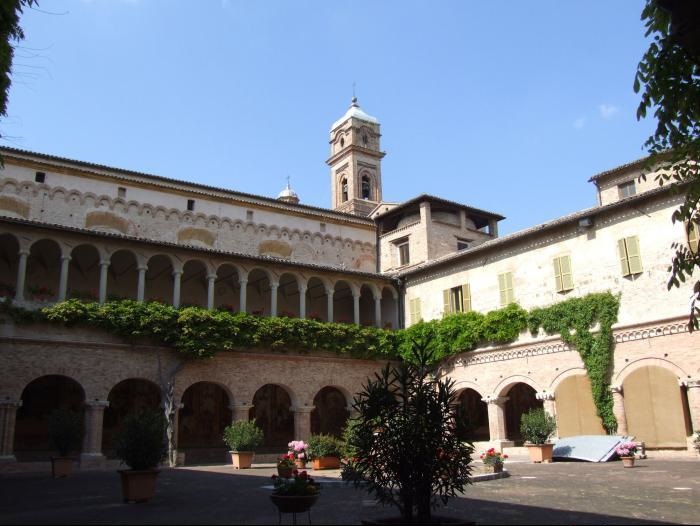 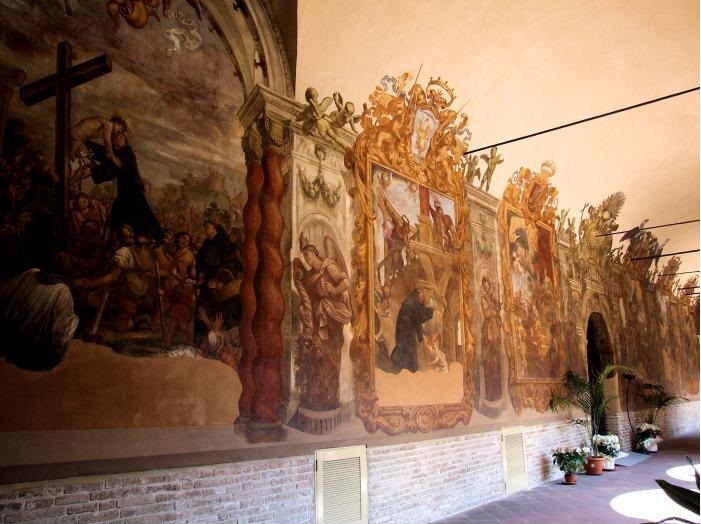 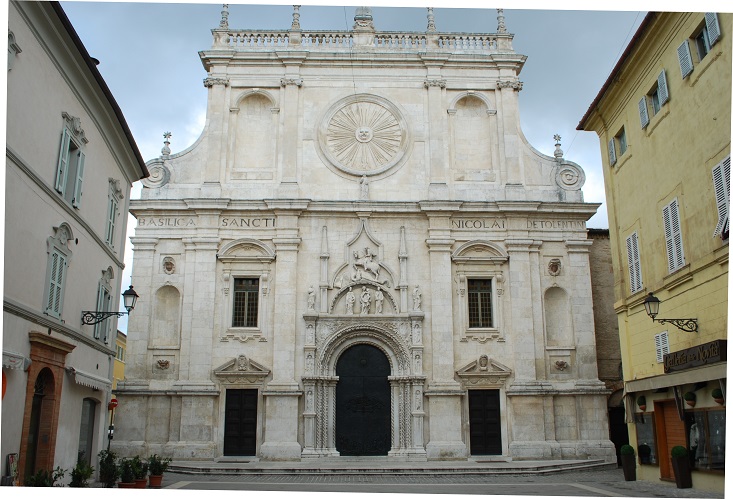 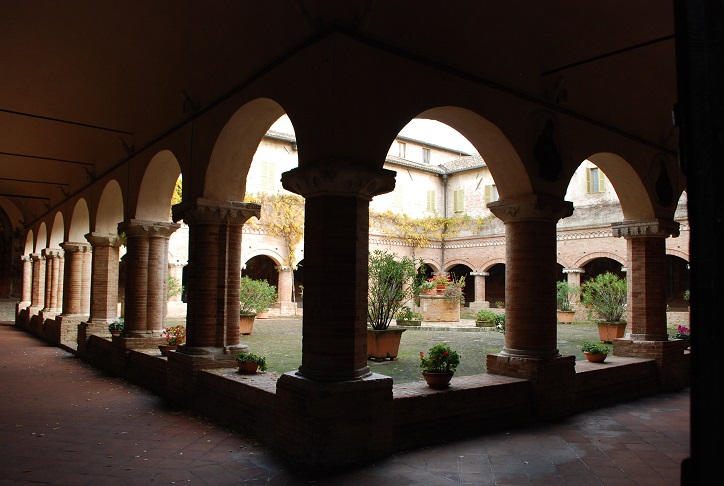 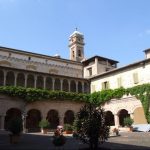 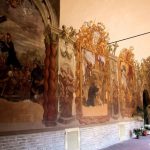 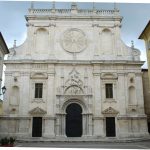 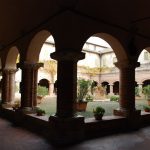