This lake is the largest hydroelectric reservoir of  The Marches. It lies in a valley surrounded by beautiful hills at the foothills of the Sibillini Mountains, 685 metres a.s.l. The deep blue and the cleanliness of its waters make it a viable alternative to the crowded coastal beaches. In its main beach of San Lorenzo al Lago you can count on trained and equipped lifeguards. The free beaches are rather broad and bathing is possible in reported spots. By the lake and around the swimming areas are available designated rest areas (camping areas and motorhome parking areas) and parking lots. Right on the lake there are two campsites plus a bar equipped with sun loungers and parasols. You can also take advantage of a large number of activities here available such as: hiking and mountain biking by the lake and in the mountains, nordic walking, running, fishing, water sports, sailing, canoeing, renting of pedal boats, of canoes and mountain bikes and last but not least it is possible to take advantage of places for BBQ. Nearby in Winter you can also go skiing or participate in organized snowshoeing. At the Adventure Park by the Lake outdoor activities are possible, such as nature boat tours, archery, or even, thanks to the cable car, the crossing of the lake from one bank to another.  Tandem paragliding is also available. It takes about two hours to cover The Nature Trail, a walk starting in San Lorenzo al Lago and running along the right side of the lake, which can be explored on foot or by bicycle and of which a 900 metres distance is suitable for the disabled people. In the town of San Lorenzo al Lago important archaeological discoveries have been made, which findings are now kept at the City Hall. Fiastra Lake is the starting point of the routes that lead to the peaks of Pizzo Berro and Monte Priora, to the gorges of Fiastrone, the Lame Rosse (Red Blades), the Grotte dei Frati (Cave of the Friars), and to churches and shrines. Here, major sporting events such as the “Triathlon Monti Sibillini” and numerous sport fishing competition are held. Fiastra Lake can be reached on deviating from SS77 (Foligno-Macerata), exit Polverina Lake, and proceding along SP98 Polverina-Fiastra. 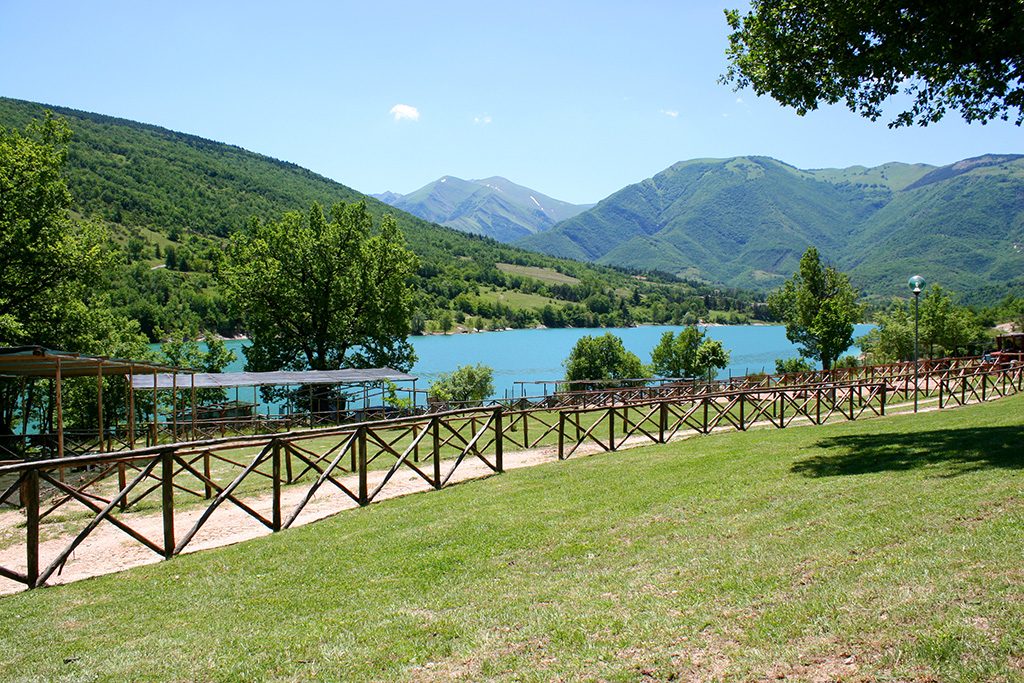 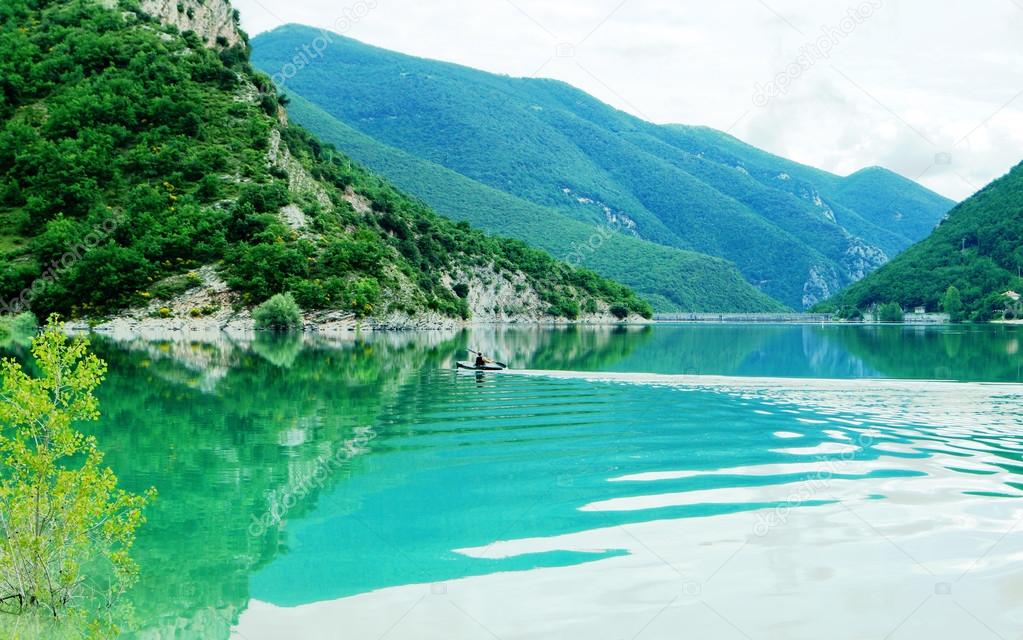 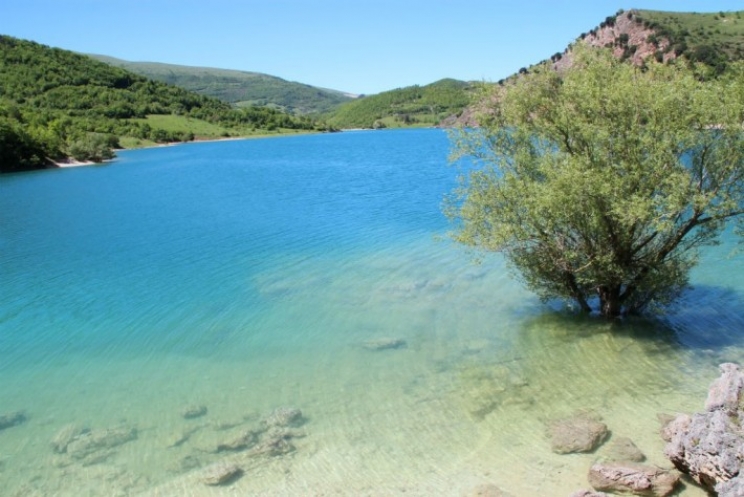 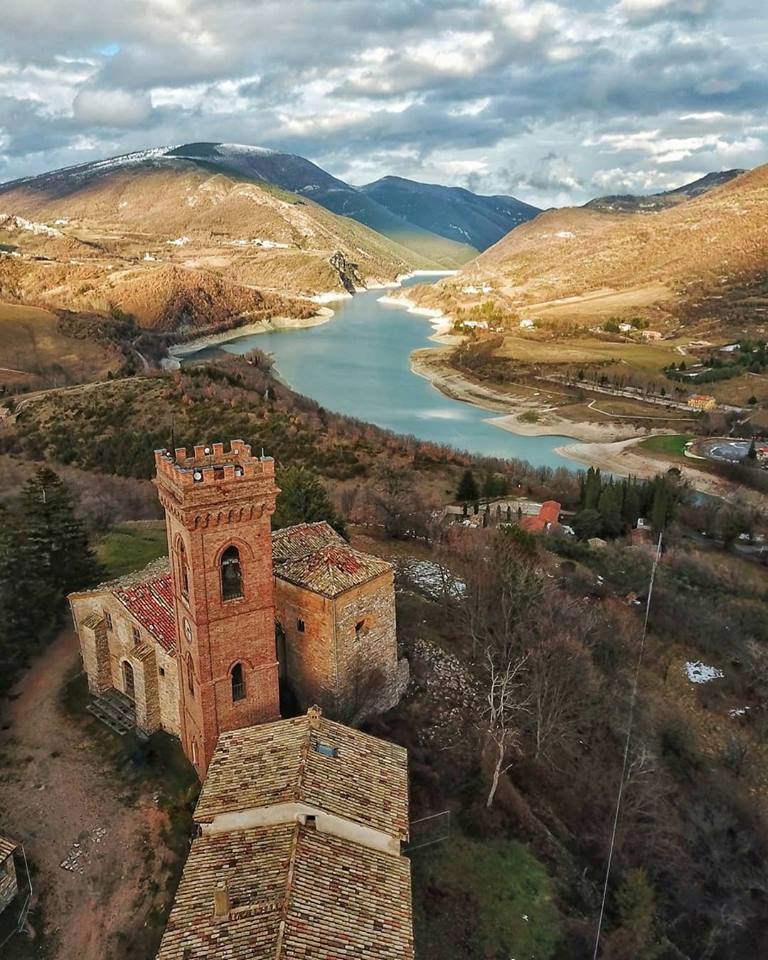 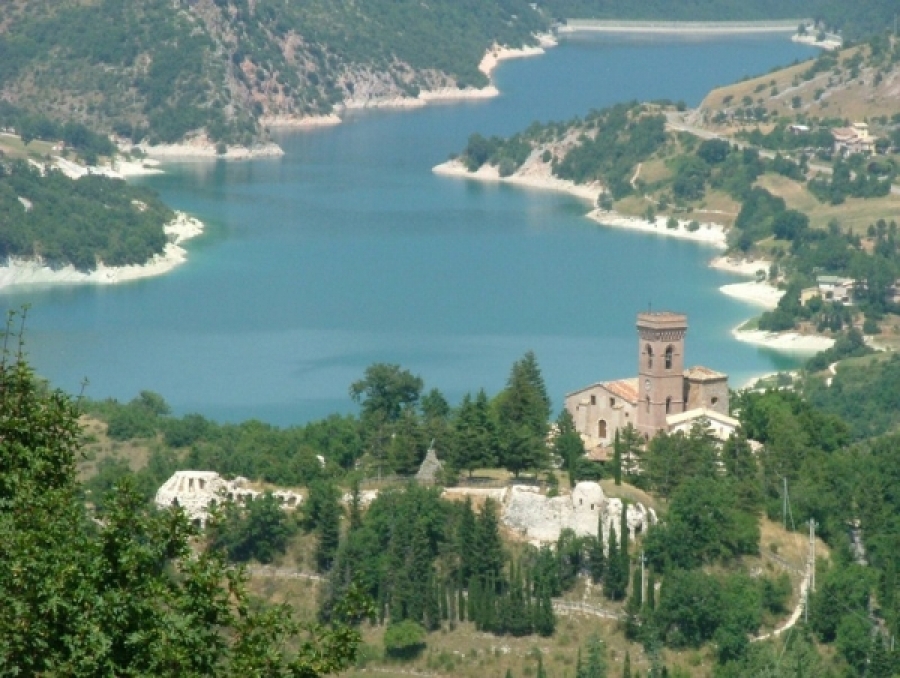 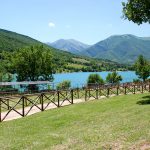 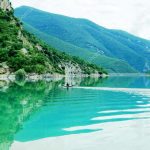 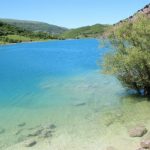 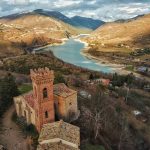 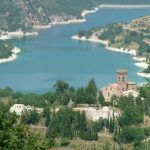