In the heart of the Marche region, about 40 minutes drive from Ancona, in the Regional Natural of Gola della Rossa and Frasassi, certified with the European Charter for Sustainable Tourism, are the spectacular Frasassi caves, the largest karst complex in Europe. Some 13 km of limestone caverns have so far been explored and it is reckoned that they may run for up to 35 km. Only one and a half km of this crystalline wonderland is open to the general public. Equipped with walkways and theatrical lighting, it includes inlaid stalactites, gigantic stalagmites and the awesome Grotta Grande del Vento, Europe’s largest single cavern, so vast that Milan Cathedral would fit comfortably inside. The guided tour lasts for around an hour;  the temperature inside is a constantly low 14 degrees C.  The caves were discovered in 1971 by the Cai Speleological Group of Ancona and open to the public in 1974. Information about the discovery of the caves can be found by visiting the portal of Ancona Marche CAI Speleological Group (www.frasassigsm.it). Near the caves, stop to admire the splendid backdrop of the Frasassi Gorge and the Romanesque church in the little spa of San Vittore delle Chiuse. This tiny, perfectly square church was built in the 12thC on chastely simple lines and is one of the prettiest romanesque churches in the Marche. Not far from the caves is the Romanesque Abbey of San Vittore alle Chiuse, dating from the eleventh century, one of the most important examples of Romanesque architecture in the Marches. The Paleontological and archaeological Museum of Genga is housed in the monastery of the Abbey and boasts the famous ichthyosaur of Genga, a marine reptile about 3 meters long, looking like a dolphin, that lived in the Late Jurassic , about 150 million years ago. 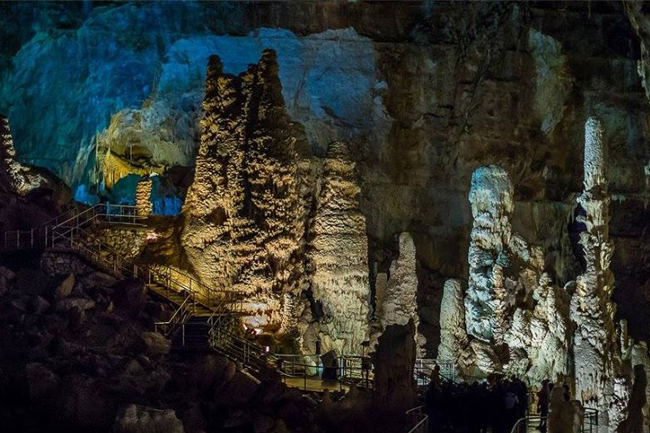 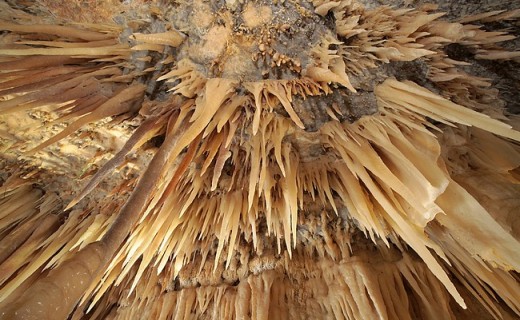 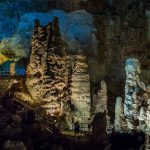 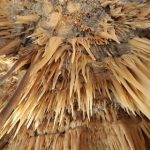