Porto San Giorgio is a town on the Marche’s coastline. What was once the ancient port for the inland city of Fermo is now a pleasant seaside resort with sandy beach, numerous facilities and a well-equipped marina. Its streets, sandwiched between the main SS16 road and the sea, offer plenty of chances for window shopping and in high summer the place has a lively air and plenty of concerts. It owes some of its charm to a few fine examples of the Liberty Style architecture that was much in vogue in the smarter seaside resorts across Italy at the turn of the 19th century. Its 13th century fortress, built by Lorenzo Tiepolo, later Doge of Venice, stands close by the town’s central square, and has fine towers and high keep.

Porto San Giorgio is an important holiday resort. Its beach (awarded the Blue Flag in 2018) is sandy. It boasts many beach resorts and hotels. A biking track is also there, and a richly equipped yacht basin offers to yachtsmen and yachtswomen the pleasure of a safe haven for high level sailing (it is awarded the Blue Flag since 1987). The boardwalk is embellished with century-old palm trees; its paving and city lights are enclosed in a suggestive frame by liberty apartment houses built in the beginning of the XX century. Many of such houses can be admired in the town centre: for instance the Villa of Roses. Built in 1921, whose outside is decorated with most refined majolica ornaments, while Art Nouveau embellishes the whole inside. Since 2015 children may enjoy the Bambinopoli (“Childrentown”) Square, a wide playground by the boardwalk where they may run around, bike and skate and have fun on brand new toy structures.

Must see attractions are: the historic Theatre “Vittorio Emanuele”, built at the beginning of the twentieth century; the nineteenth century church of San Giorgio, housing a copy of the polyptich of Porto San Giorgio made by Carlo Crivelli; the baroque Church of the Suffrage; the Church of the  Holy Rosary; the Villa Bonaparte, built upon the order of Girolamo Bonaparte, Napoleon’s brother, who lived in Porto San Giorgio between 1829 and 1832. Another very interesting building is Villa degli Oleandri (Riva Fiorita), surrounded by a large garden, now housing the Museum of the Sea. The most typical dishes are the garagoli ( sea snails in red sauce and spices) and the fish stew. Vin cotto (boiled wine) is the traditional local wine. The most remarkable event is the Sea Festival (Festa del mare) a celebration of all things fishy, and featuring a giant “frying pan”. The Padella gigante dell’Adriatico is six metres in diameter, holds some 1,000 litres of cooking oil and is used to fry roughly 1,000 kilos of baby squid and sardines in around three hours. In September there is the International Festival of Chess, attended by professional players from around the world. 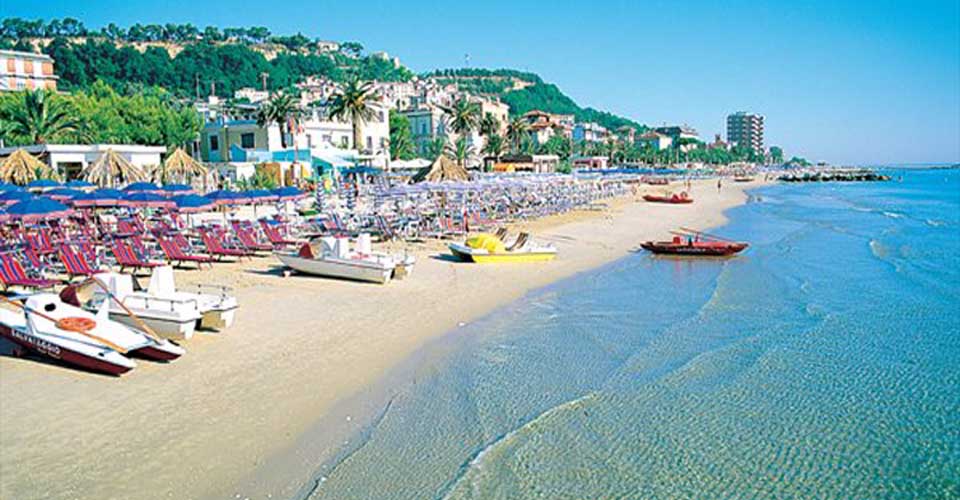 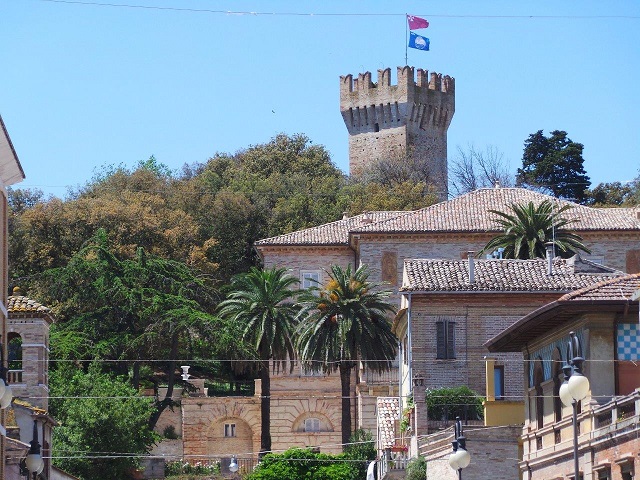 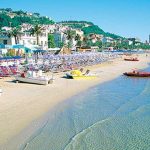 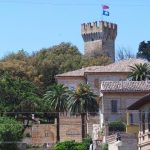