The center of Sirolo lies on the southern slope of Mount Conero and is included in the Conero Regional Park.  It has a pretty medieval centre with narrow, colorful alleys and a tree-lined, balcony piazza that teeters high above the sea. Beautiful gravel beaches and warm weather draws tourists from mid May until late September.

SEA TOURIST OFFER: At the foot of the cliff in the Sirolo residential area, there is Spiaggia Urbani (Urbani Beach, awarded the Blue Flag in 2018) consisting mostly of rocks. There begins pebbly Spiaggia di San Michele (St. Michael Beach, awarded the Blue Flag in 2018 along with Sassi Neri and Urbani Beaches), where beach resorts are established. Further ahead there is Spiaggia dei Sassi Neri (Black Stones Beach), characterized by the presence of sedimentary black rocks by the water edge. Spiaggia delle Due Sorelle (Two Sisters Beach) is the Sirolo most peculiar and famous beach, so named after two twin rocks raising from the water in front of it. It is reachable by means of boats which, in the summertime, leave every day from the Numana port. It was inserted by Legambiente  in the list of the ten most beautiful beaches in Italy. A unique event, most fascinating  especially to children, is the release of sea turtles that takes place on this beach, suitable to this purpose because of its clean and crystal waters. There are in Sirolo three more beaches: Spiaggia dei Lavori, neighboring north the Spiaggia delle due Sorelle, consisting of pebbles and stones smoothed by the sea and the wind, and two beautiful little sandy bays, Spiaggia dei Forni and Spiaggia dei Gabbiani (respectively, Ovens Beach and Seagulls Beach). Spiaggia dei Frati owes its name to a nearby submerged reef , called  “Shoal”, and is also called “Spiaggia del Bo’” (Ox Beach) because of a rock facing it that looks like an ox. A half of it, the free beach, is a communal property of Sirolo; the remaining half, occupied by a resort, belongs to the municipality of Numana.

ATTRACTIONS: In its lovely medieval center must see attractions are: the church of St. Nicholas, the Church of the Holy Rosary and the nineteenth century Teatro Cortesi. A short walk from the village, stands the Teatro alle Cave, a natural cave in the Conero Park, boasting interesting summer shows. On the peak of Mount Conero you can admire the Romanesque Romanesque church of “Badia San Pietro”, founded by the Benedictines in the first half of the eleventh century. Sirolo boasts one of the most remote human presences in the Marche region. Since prehistoric times mysterious inhabitants left the signs of their presence dating back to 100,000 years ago. The Piceni settled in this area during the Iron Age; in Sirolo there is a large archaeological necropolis  (VI century BC.). One of the main finds exhibited is the burial complex of the Sirolo’s Picene Princess (“Tomb of the Queen”).  There are numerous possibilities for having fun; you can enjoy many activities like hiking, biking, sailing, surfing, windsurfing, diving, tennis, golf and birdwatching. One of the most important events taking place in Sirolo during the year is the Palio di San Nicola, patron of Sirolo. The celebrations are in early May. 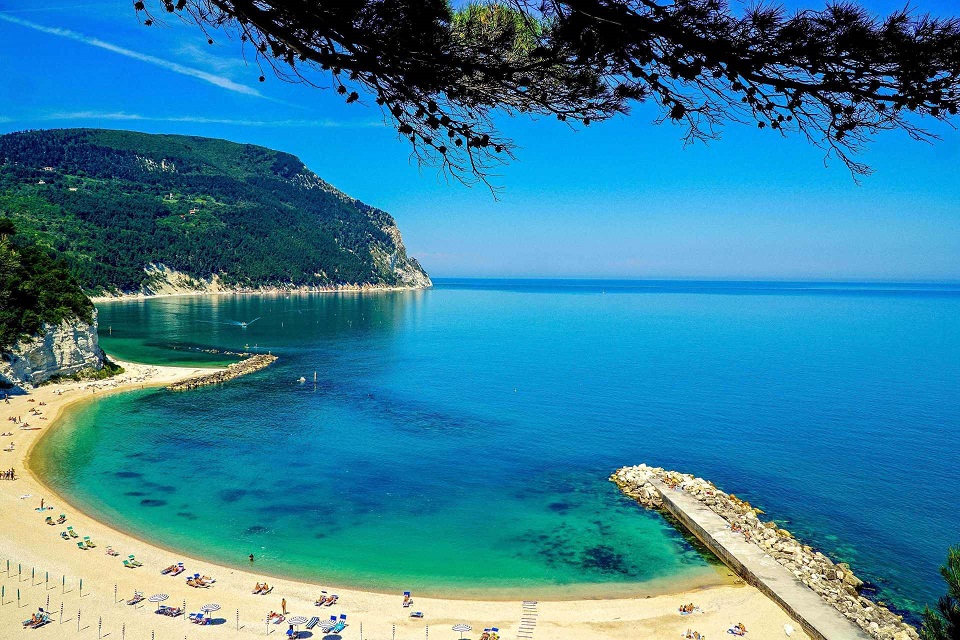 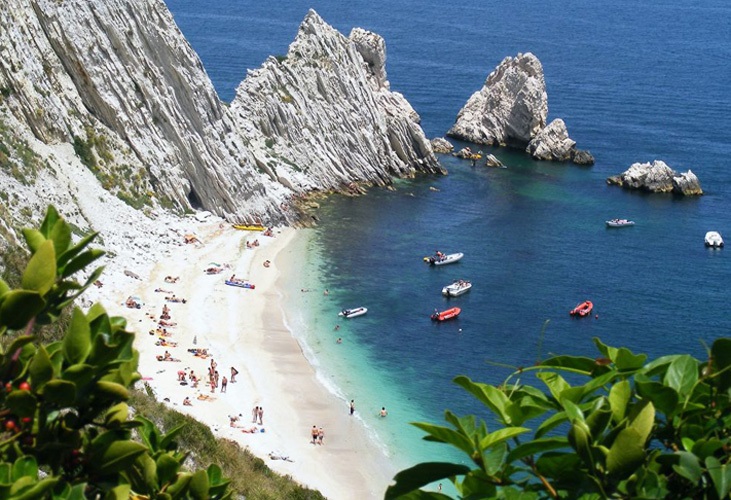 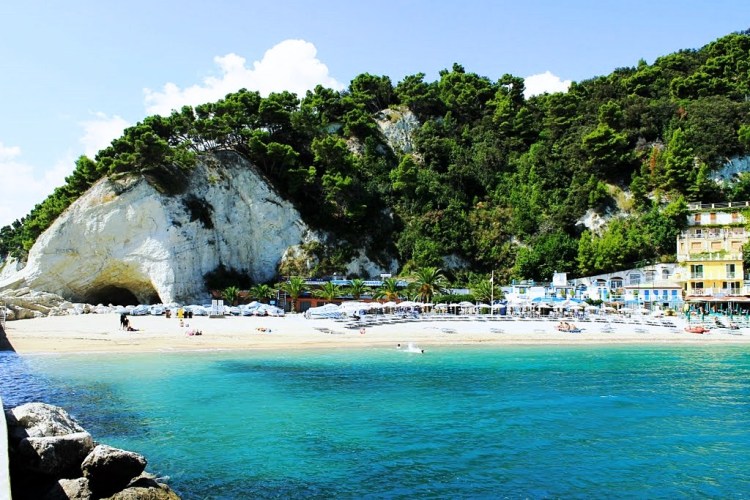 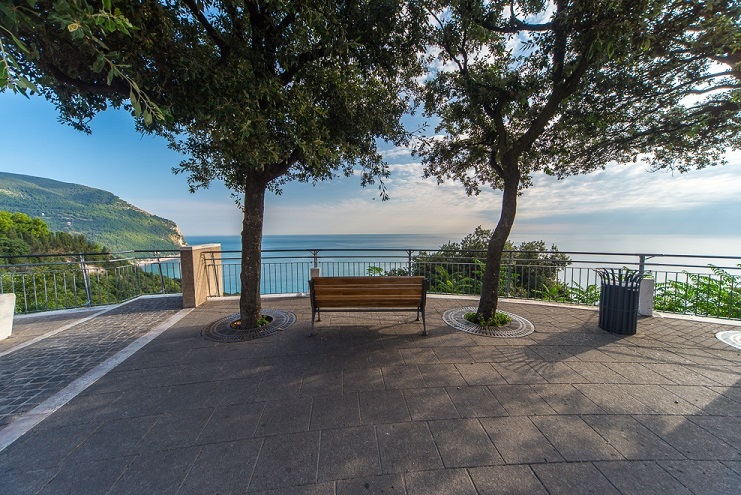 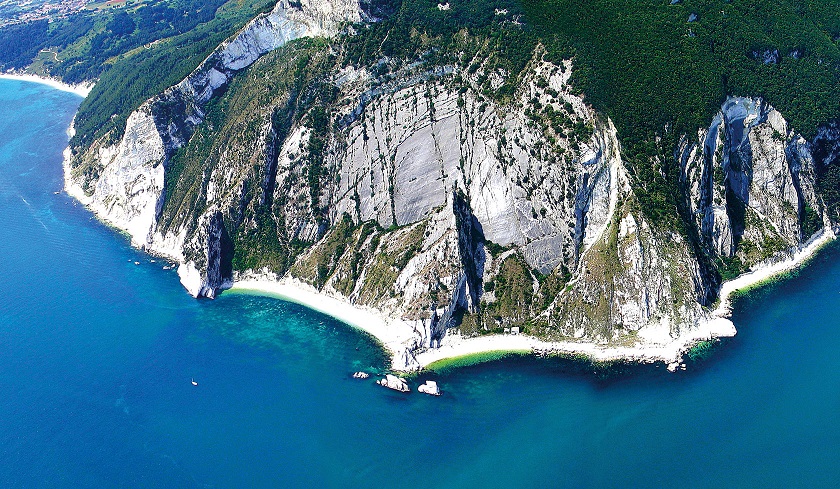 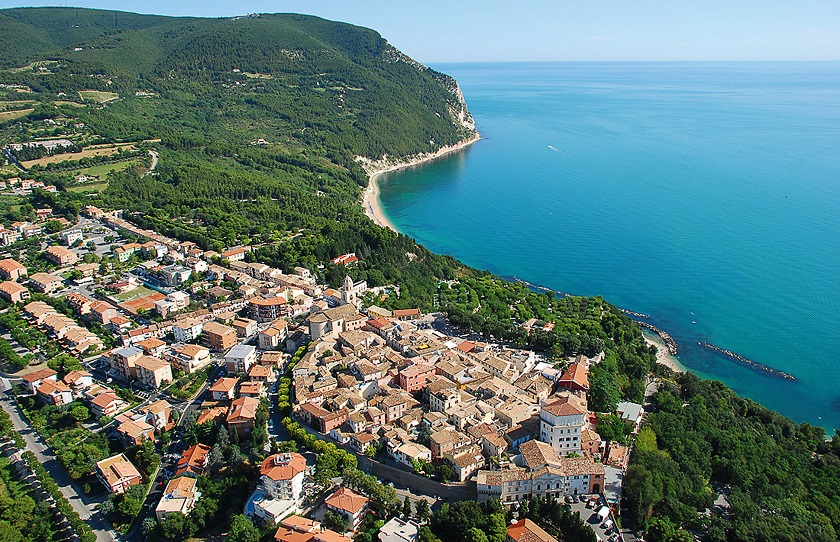 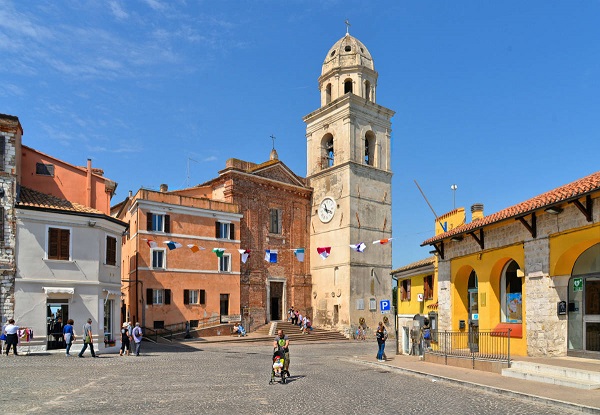 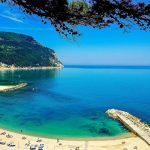 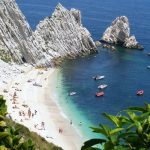 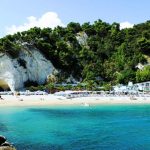 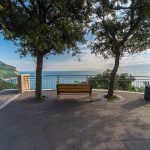 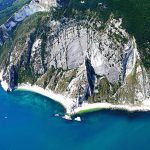 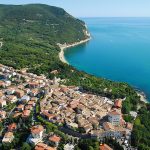 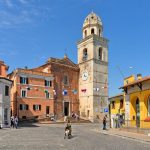